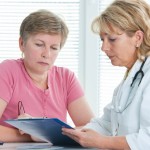 A key feature of new legislation introduced in April is an innovative Medicare demonstration project which authorizes a colonoscopy pre-screening visit and an opportunity for Medicare beneficiaries to discuss hepatitis C screening with their healthcare provider. Under the SCREEN Act (S. 1079 and HR 2035), this initiative allows the Medicare beneficiary to schedule an age appropriate hepatitis C screening at the same time as the screening colonoscopy, thus promoting two important public health imperatives in the same encounter. 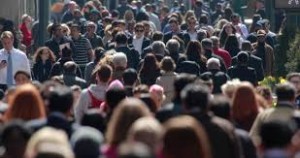 With 3.4 million Medicare beneficiaries in the dark about whether they are infected with the hepatitis C virus, this is a serious public health issue, according to the U.S. Centers for Disease Control (CDC) and the United States Preventative Task Force (USPTF). The CDC recommends one-time Hepatitis C screening for “Baby Boomers” in the 1945 to 1965 birth cohort who make up about 30 percent of the United State population and account for two-thirds of those infected with hepatitis C in this country. Yet roughly 85 to 90 percent of those infected with hepatitis C are asymptomatic, meaning they have no outward signs of disease, according to Centers for Medicare & Medicaid Services (CMC).

Under current law, the Medicare beneficiary must first have a referral from a primary care doctor to receive a hepatitis C screening test. Yet, it is unclear whether these beneficiaries will first see a primary care physician for a referral if they are asymptomatic. By allowing an office visit with the provider performing the screening colonoscopy, the same specialty trained to treat Hepatitis C, the Medicare beneficiary can also discuss the importance in getting screened. Thus, a pre-screening visit could also satisfy this hepatitis C referral requirement.

The SCREEN Act provides another opportunity for Medicare beneficiaries to learn more about hepatitis C, their potential risk and the importance of undergoing screening. Recent findings from a small study in Texas at Scott & White Hospital demonstrate that more patients will elect to undergo a Hepatitis C screening test if it is offered by a gastroenterologist at the same time that the patient schedules a screening colonoscopy. (Sears, et al. “Birth Cohort Screening for Chronic Hepatitis During Colonoscopy Appointments,” Am J Gastroenterol 2013; 108:981–989)

More about the SCREEN ACT

advocated for increasing colorectal cancer screening in Medicare. Mr. Cardin has introduced iterations of the SCREEN Act in each Congress since 2002, first as a member in the U.S. House of Representatives.

Medicare currently waives cost-sharing by beneficiaries for any colorectal cancer screening test recommended by the United States Preventive Services Task Force (USPSTF). However, if a polyp is removed during the screening colonoscopy, the procedure is no longer considered a “screening” for Medicare purposes, and cost-sharing applies. The SCREEN Act waives cost-sharing when a polyp is removed during a screening colonoscopy. The proposed legislation also waives cost-sharing under Medicare for a required follow-up colonoscopy subsequent to other recommended USPSTF recommended colorectal cancer screening tests. This removes all financial barriers for Medicare beneficiaries throughout the screening continuum, so that cost-sharing would not apply whether the colonoscopy was a preventive test or as the result of a positive finding from another screening modality. Not only does the SCREEN act address barriers to colorectal screening for Medicare beneficiaries, but it also creates incentives to ensure that these patients receive the highest quality exams. The SCREEN Act implements a three-year freeze in colonoscopy reimbursement for those providers who participate in nationally recognized quality improvement registries. This will encourage quality benchmarking and drive ongoing improvements to care at a time when Medicare reimbursement for these lifesaving exams remains under significant pressure.

A New Webcast with David Bernstein, MD, FACG and Mitchell Shiffman, MD, FACG on behalf of the American College of Gastroenterology http://gi.org/acg-institute/easl2015/