This week, the Canadian Task Force on Preventive Health Care issued guidance on colorectal cancer screening in primary care which recommends against colonoscopy for routine screening of asymptomatic patients.  These recommendations differ from those published by the U.S. Preventive Services Task Force (USPSTF) in 2008, which are currently being updated, that support the use of FOBT, flexible sigmoidoscopy, or colonoscopy for colorectal cancer screening in adults aged 50-75. 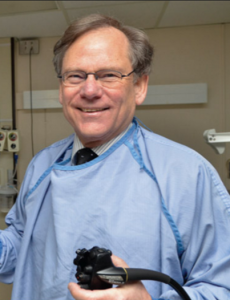 We should recognize that the U.S. is a major outlier in the colorectal cancer screening world.  The U.S. is a very resource-rich country, and one of only a couple of countries that even include colonoscopy as a screening recommendation. It is also the only country in which colonoscopy is the dominant screening strategy.  We need to admit and accept that colonoscopy is very expensive and associated with risks; it is by far the most expensive and highest risk cancer-screening test ever recommended.  We should not be surprised when other countries make recommendations that differ from ours.  I think that an important goal for the U.S. GI community is to make colonoscopy better and less variable in quality, to minimize colonoscopy risk and to make colonoscopy less expensive –particularly by not adding cost that hasn’t been shown to be of benefit (anesthesia as opposed to conscious sedation) and by not performing colonoscopy more frequently than guideline-recommended surveillance intervals.

Have the Canadians relied on strong evidence in these new CRC guidelines?

The lack of randomized, controlled trials demonstrating effectiveness of colonoscopy on colorectal cancer mortality was a major reason cited by the CTF for not recommending colonoscopy.  In addition they were concerned about what they perceived as a high level of uncertainty about the harms of colonoscopy when widely used in a population screening program.  The USPSTF relied on modeling and its assumptions/estimates of benefit and risks to a substantial extent for its recommendations.  Finally, the Canadian Task Force relied on relative resource requirements and availability of screening tests to a greater extent than the USPSTF.

How do these recommendations compare to the U.S. Preventive Services Task Force?

They differ substantially.  The CTF included a recommendation for standard g-FOBT because the RCTs of FOBT have used them rather than FIT; they do note the increased sensitivity of FIT and high-sensitivity g-FOBT, and include them as possibly improved options.  The USPSTF clearly recommends FIT and HS g-FOBT over standard FOBT.

The Canadian Task Force recommends flexible sigmoidoscopy every 10 years, whereas the current USPSTF recommends every 5 years with an interval FOBT.  The current draft of the USPSTF’s revised guidelines does include flexible sigmodoscopy every 10 years, but with an annual FOBT.  Again, the USPSTF relied on modeling for their recommendations while the Canadian Task Force relied on the results of the randomized, controlled trials.

Clearly, there are other relevant factors vis à vis Canadian vs. U.S. health system – how to account for those differences in terms of these recommendations?

I think this is correct.  The U.S. does not have a National Health Service with a budget that limits the cost of overall health care expenditure as they do in Canada (as a result, the cost of health care is much lower in Canada and services are rationed for all rather than by circumstance, as it is in the U.S.).  The Canadian Task Force is expected to take cost and resource availability into account in its recommendation, whereas the USPSTF does not focus on overall cost as much as cost effectiveness models.  There are a lot of other differences between the countries that might play into this.

Dr. Shaukat is the ACG Governor for Minnesota.  She is the Section Chief, GI Section, Minneapolis VA Health Care System, an Associate Professor at the University of Minnesota, and a member of the Minnesota Evidence-based Practice Center.

I read the new Canadian Task Force colorectal cancer screening guidelines with particular interest, and the first thing I was curious about was why their rating of the evidence, using similar literature and GRADE criteria, was different from U.S. Preventive Services Task Force.

How do these recommendations compare to the U.S. Preventive Services Task Force?

The Canadian Task Force (CTF) recommendations differ from USPSTF in that they require high-quality evidence (large, well-powered RCTs) for their recommendations. Lack of evidence is considered lack of efficacy in most cases, particularly for expensive invasive therapies.  For example, if there is lack of evidence for a certain therapy, the USPSTF would rate it ‘insufficient,’ but the CTF would rate it a ‘D’, i.e., they would recommend against it.

The USPSTF will consider data from observational studies (all that we have for colonoscopy) if these are well done, while the CTF gives it much lower considerations or discounts it altogether.

The value framework of the two task forces are also different. The USPSTF reflects that we value aggressive strategies that may enhance early detection at the expense of more harms accrued by the invasive strategy. CTF reflects the value that they are comfortable that many more preventable cancers may develop, but there will be fewer harms from over-diagnosis or invasive testing.

Another difference is that the CTF ranks screening 60+ year-olds higher than screening 50–59-year-olds. The incidence and mortality rates for CRC are much lower in 50–59-year-olds, and hence the net benefit is smaller than 60+ year olds. The three screening studies the CTF considered for this recommendation (including long term follow up of the Minnesota FOBT trial) support greater benefit in this age group. However, the USPSTF sets the threshold of initiating screening much lower (at age 50) because of its perceived “value” of net benefit of screening in that age group.

Clearly, there are other relevant factors vis à vis Canadian vs. U.S. health system – how to account for those differences in terms of these recommendations?

Colonoscopy screening is resource intensive and opportunistic, i.e., requires individuals to come in contact with the healthcare system to get screened, while stool-based testing is programmatic, i.e., tests can be mass mailed and done in the comfort of one’s home. For a national healthcare system, programmatic approaches are far more appealing and effective at achieving high screening rates. In the United States, limited examples of systems that have achieved (and passed) the 80% benchmark for CRC screening, such as the VA and Kaiser system, use stool-based programmatic approaches heavily.  Ultimately, both the U.S. and Canada have the same goal: to increase colorectal cancer screening rates. Regarding the modality, each healthcare system must make choices that work for their system, based on resources, and the values they assign to the risks versus benefits of each strategy.

The Canadian Task Force guidelines are very clear in their logic as to why they rated evidence the way they did and what it would take to change the recommendations. They state clearly that for colonoscopy to be a primary screening modality, and to justify its costs and harms, they would like to see evidence in which colonoscopy is directly compared to an effective, cheaper and less invasive strategy of FOBT and come out ahead. Four such trials are underway (including one among U.S. Veterans), but in the meantime, lack of evidence means lack of efficacy for the Canadians.