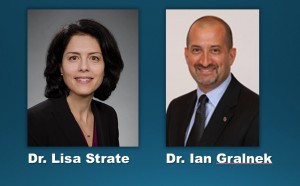 This guideline provides recommendations for the management of patients with acute overt lower gastrointestinal bleeding. Hemodynamic status should be initially assessed with intravascular volume resuscitation started as needed. Risk stratiﬁ cation based on clinical parameters should be performed to help distinguish patients at high- and low-risk of adverse outcomes. Hematochezia associated with hemodynamic instability may be indicative of an upper gastrointestinal (GI) bleeding source and thus warrants an upper endoscopy.

In the majority of patients, colonoscopy should be the initial diagnostic procedure and should be performed within 24 h of patient presentation after adequate colon preparation. Endoscopic hemostasis therapy should be provided to patients with high-risk endoscopic stigmata of bleeding including active bleeding, non-bleeding visible vessel, or adherent clot. The endoscopic hemostasis modality used (mechanical, thermal, injection, or combination) is most often guided by the etiology of bleeding, access to the bleeding site, and endoscopist experience with the various hemostasis modalities. Repeat colonoscopy, with endoscopic hemostasis performed if indicated, should be considered for patients with evidence of recurrent bleeding. Radiographic interventions (tagged red blood cell scintigraphy, computed tomographic angiography, and angiography) should be considered in high-risk patients with ongoing bleeding who do not respond adequately to resuscitation and who are unlikely to tolerate bowel preparation and colonoscopy. Strategies to prevent recurrent bleeding should be considered. Nonsteroidal anti-inﬂ ammatory drug use should be avoided in patients with a history of acute lower GI bleeding, particularly if secondary to diverticulosis or angioectasia. Patients with established cardiovascular disease who require aspirin (secondary prophylaxis) should generally resume aspirin as soon as possible after bleeding ceases and at least within 7 days. The exact timing depends on the severity of bleeding, perceived adequacy of hemostasis, and the risk of a thromboembolic event. Surgery for the prevention of recurrent lower gastrointestinal bleeding should be individualized, and the source of bleeding should be carefully localized before resection.

Listen to a Podcast with Dr. Strate