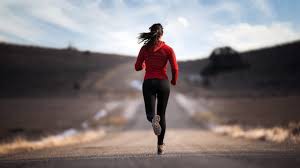 Effect of Running on Gastroesophageal Reflux and Reflux Mechanisms

Dr. Herregods and colleagues are the first group to study the effects of exercise on gastroesophageal reflux using high resolution manometry in combination with pH-impedance measurement. They show that exercise, in this case running, leads to a statistically significant increase in esophageal acid exposure in healthy volunteers. They demonstrate that this increase in percentage of time with pH<4 is caused by both an increase in the frequency of reflux episodes as well as an increase in the duration of individual reflux episodes. Their results show that running did not cause a significant change in the mean esophagogastric junction (EGJ) pressure. However, a significant decrease in minimum EGJ pressure was seen as exercise intensity increased.

Objectives: Reflux symptoms are common among athletes and can have a negative impact on athletic performance. At present, the mechanisms underlying excess reflux during exercise are still poorly understood. The aim of this study was to investigate the effect of exercise on reflux severity and examine the underlying reflux mechanisms.

Results: Ten healthy volunteers were included. Exercise led to a significantly higher percentage of time with an esophageal pH<4 and a higher frequency and duration of reflux episodes. Moreover, exercise resulted in a decrease in contractility and duration of peristaltic contractions. The minimal lower esophageal sphincter resting pressure decreased during exercise, whereas the average and maximum abdominal pressure both increased. Importantly, the percentage of transient lower esophageal sphincter relaxations (TLESRs) that resulted in reflux significantly increased during exercise and all but one reflux episode occurred during TLESRs. In six subjects a hiatus hernia was detected during the exercise period but not during rest.

Conclusions: Running induces gastroesophageal reflux almost exclusively through TLESRs. These are not more frequent during exercise but are more often associated with a reflux episode, possibly due to increased abdominal pressure, body movement, a change in esophagogastric junction morphology, and a decreased esophageal clearance during exercise.