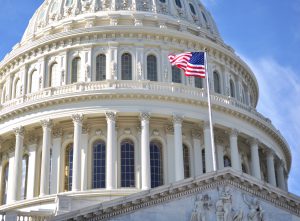 With this advanced noticed, CMS is considering a proposed rule in the spring of 2019. The potential IPI Model would start in spring 2020 and operate for five years, until the spring of 2025.

Background: Medicare currently pays for outpatient drugs in physician offices, hospital outpatient departments and certain other settings, based on drug manufacturers’ average sales prices (ASP) in the United States, plus a 6% add-on payment.  (Please note that this add-on payment is subject to the sequestration, which effectively reduces the add-on to +4.3%).  The dollar amount of the add-on payment increases as drug prices increase.

The IPI Model participants would include physician practices and hospital outpatient departments (HOPDs) that administer certain drugs in the selected geographic areas.  U.S. drug prices would be bench-marked against 16 other nations — Austria, Belgium, Canada, Czech Republic, Finland, France, Germany, Greece, Ireland, Italy, Japan, Portugal, Slovakia, Spain, Sweden and the United Kingdom.  CMS envisions that the model would initially focus on single-source drugs and biologicals, as they encompass a high percentage of Medicare Part B drug spending.

The Trump administration and CMS also discussed the use of private sector vendors to negotiate prices with drug manufacturers.  That strategy is modeled based on the negotiation of drug prices by health insurers in the Medicare Part D program.  This model would be tested in certain geographic areas, but participation would be mandatory for physicians and hospitals.

CMS estimates that relying on an international price index and setting a target price, rather than using ASP, would result in a roughly 30% savings in total spending for the selected Part B drugs in the model.

ACG will continue to monitor these issues and any forthcoming proposed regulations.